"Being part of the Stranger Things team was a blast"
(...) "I can't wait to start working on my next projects as Director/Producer" (...)
https://andaluciainformacion.es/cadiz/1061364/fue-una-gozada-formar-parte-del-equipo-de-la-serie-stranger-things/
UNIVERSAL CINEMA - interview:
On making Love in the Age of Covid
(...) "They're the kind of actors that listen to each other, what is fundamental to create autenticity and develope chemistry between them" (...)"I just gave them some adjustments (...) and something physical to play with."(...)
https://universalcinema.ca/on-making-love-in-the-age-of-covid-an-interview-with-juan-francisco-calero-hueso/
Green-Fest interview:

The award goes to Ninti (Spain 2020, 1’) by Juan Francisco Calero Hueso.​​​​​​​
«My short film is an explicit message of the urgency of the current environmental crisis. (...) I want the audience to be aware of this», states the director, who uses his films to touch on universal problems, such as empathy (also with other beings and with Mother Nature), self-esteem, and the fight for our causes and beliefs.
In order to strongly impress the viewers, Calero Hueso chose a riddle structure, with a big revelation at the end. This helped to get the idea stuck in the audience’s mind.
(...)
«I hope that my small film could help a bit in building that awareness».
https://greenfest.rs/en/news/green-fest-2020-award-winners/
"el país"- Spanish national newspaper (paper and web) - (Spanish)

Chronicles of Maia
"The project emerged as a kamikaze need to tell a story that we were passionate about (...) without having to keep waiting for that "opportunity."(...)
"The filming of a chapter was concluded in record time for such dynamic planning and complex action sequences: 3-4 days. We do the image post-production by ourselves, this is where we refine and polish everything without heavily risking a lot the budget: a month, or month and a half"(...)
"At the production level, since we live in such terrible crisis, it became an attempt to make possible to tell a story encompassing complicated genres as fantasy and adventure with a micro-budget and without losing one iota of elegance or authenticity." (...)
https://www.scifiworld.es/tv/tv/cronicas-de-maia
Madrid University - roundtable - (Spanish)
I had the honor of being invited by the Madrid University to discuss the "Web series" Format with other creators.
(...)"The Web series, as well as the Shorts, are great to experiment in the art of storytelling."
(...)
"I wouldn't differentiate so much a Web series from (other formats as) a Short Film or a Movie. Besides the low budget, it's all about telling a story in the best way possible. To engage with the audience and to avoid distracting them from the story because of any technical factor."(...)
https://vimeo.com/channels/394869/49753587
"el país"- Spanish national newspaper (paper and web) - (Spanish)

New genres for the web series
(...)"The Chronicles of Maia" moves between intrigue and adventure: a gothic and urban aesthetic characterize this series from Madrid that combines real image and animation. (...)
https://elpais.com/sociedad/2012/01/05/actualidad/1325802768_001736.html
"EUROPAPRESS" - Spanish NEWS AGENCY interview to the actress - (Spanish)

Andrea Dueso Gets on the skate in 'The Chronicles of Maia'

(...) Andrea Dueso (actress): "I met Fran (Juan Francisco Calero), the series' director and scriptwriter, in a short film I did. He offered me the idea, he offered me the project, and the truth is that I loved it. From the first moment, it caught my attention." (...)
https://www.europapress.es/chance/tv/noticia-andrea-dueso-sube-skate-cronicas-maia-20110705125534.html
"MADinSPAIN" - design and creativity international event 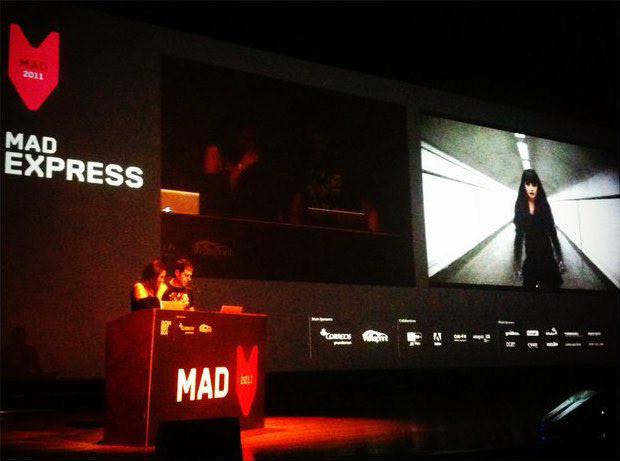 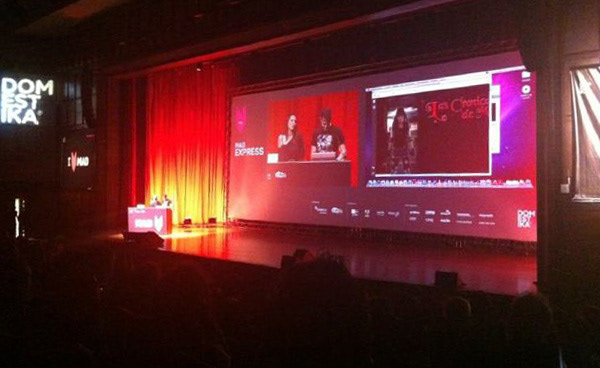 "The Chronicles of Maia" fill the internet with mystery and adventures
(...) Tonight is the opening for "The Chronicles of Maia", a mystery and adventure production that will be broadcast entirely on the internet. Captained by Cádiz director Juan Francisco Calero and scriptwriter Bárbara López, the series gathers the talent of a group of audiovisual creators who decided to bring this project to life mixing real images with animation. (...)
https://www.diariodecadiz.es/ocio/cronicas-Maia-Internet-misterio-aventuras_0_454455065.html
"NEO2" - Spanish CREATIVITY magazine - (Spanish)

A Miniseries with an Urban-Gothic Style
(...) A dark aesthetic, but very neat, that Juan Francisco Calero and Bárbara López aimed to convey. Although it will be able to be seen via the internet, this action and mystery miniseries is intended to be transmedia, to create a community that will be able to know everything about the characters, the story, etc., through books, videos, through social media (...)
https://www.neo2.com/las-cronicas-de-maia/
↑Back to Top